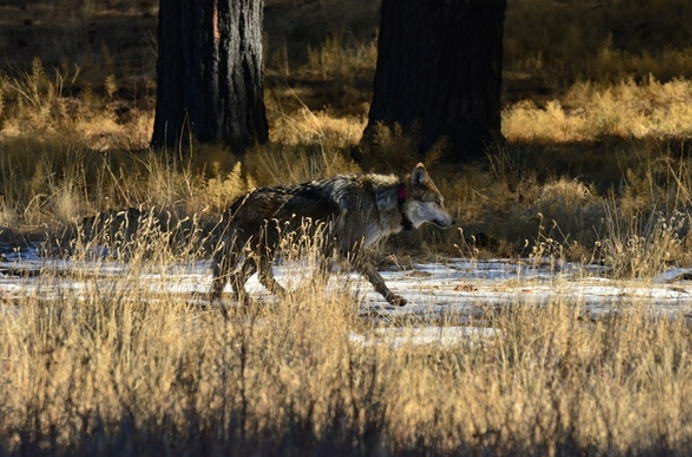 PINETOP, Ariz. — Biologists from multiple agencies working on the Mexican Wolf Interagency Field Team (IFT) have been surveying Mexican wolf end-of-year population numbers since Nov. 1, 2021. Those surveys are expected to continue through Feb. 2.

Population numbers are essential for the Mexican wolf due to the subspecies’ status as an endangered species.

Ground counts of wolf packs and single wolves in Arizona and New Mexico began Nov. 1. The ground count is conducted in November and December, and that period is followed by an aerial count and capture operation conducted by the IFT using helicopter and fixed-wing aircraft. The dates for the upcoming aerial count and capture operation are Jan. 21 through Feb. 2, weather permitting. Agency personnel will be limited for this year’s aerial operation, and numerous precautions will be implemented to limit the exposure to and possible spread of COVID-19.

Residents of Alpine, Ariz., and Reserve and Magdalena, N.M., and surrounding areas may notice several daily flights of a low-flying helicopter over their communities during this period, as biologists conduct their annual wolf population survey and capture. Survey flights will occur on the Fort Apache Indian Reservation, Apache-Sitgreaves, Cibola and Gila national forests in eastern Arizona and western New Mexico, and possibly on some areas immediately outside the forests.

The IFT is in the process of contacting private landowners for permission to land on their property to capture a wolf, if necessary, and is coordinating with land management agencies and county sheriff offices on survey operation details. Details of the 2021 wolf population census are anticipated to be available in March 2022.