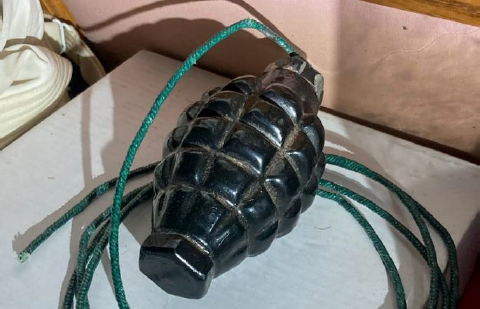 Holbrook, AZ: On January 2, 2022, Navajo County Sheriff’s Office initiated an investigation after receiving information of a possible explosive device at a residence north of Snowflake on Park Lane.
Deputies arrived and spoke with Mark Blake (61), of Snowflake. Mark advised the Deputies that he had a live grenade in his RV and if we took the grenade, he would just make a new one.
On January 3, 2022, a search warrant was obtained and executed on the RV located on the 5100 block of Park Lane in Snowflake. During the search, a single grenade was located. Arizona Department of Public Safety EOD technicians responded from the Phoenix area and took appropriate actions to dispose of the device.
On January 13, 2022, a Federal Arrest Warrant was issued for Mark Blake relating to the explosive device and he was taken into custody without incident by the FBI.