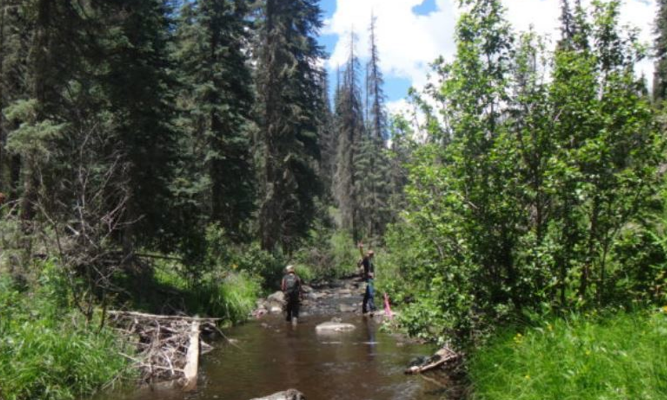 Starting later this week, people may notice the West Fork Black River and its tributaries temporarily colored green for brief periods in certain reaches of the stream.

This is because Arizona Game and Fish Department biologists will be conducting a temporary dye flow test beginning at the Fort Apache Indian Reservation and Apache-Sitgreaves National Forest boundary near Thompson Trailhead and progressing downstream to a fish barrier on the West Fork Black River near Forest Road 25. The dye flow tests will be conducted for 3-4 weeks.

The purpose of the dye flow test is to determine the flow rate of the river. Such dyes are commonly used in streams and rivers to accurately measure stream flow between upstream and downstream points. This dye, called Bright Dyes, is non-toxic, biodegradable, safe for potable water and agriculture use, and will not harm fish, wildlife, or humans in any way. The dye dissipates quickly and the water will return to normal in less than one hour.